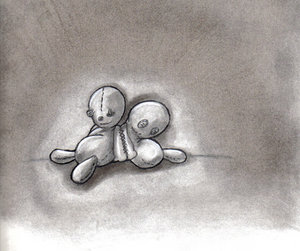 No calm acceptance. The feeling of dread never goes away.
I can be friends with someone for so long, years, but there’s never a quiet comfort. At least not one that lasts. Moments sure. Hours, sometimes. Something always creeps back. Doubt. Fear.
Always feel like I’m intruding into someone else’s life. Never sure if I’m wanted. Never quite sure if our relationship has changed or stayed the same. Reading too much into the subtle variations of each encounter. Everyone has off days, everyone has behaviors that change a bit, vary from mood or stress or some extraneous factor. For me, it feels like these things happen as a direct result of something I did or as a reaction to me. Did I say something wrong? Did I do something offensive? Is he mad? Does she not want to be as close to me now? These things probably did not happen as a result of something I did (or didn’t do), but I feel like it has, fear it. There’s never a constant, steady feeling of acceptance. Everything is dependent on the last meeting, the moment before. There’s a constant second guessing of Self. When so many things can go wrong, be taken wrong, how can you be secure that people don’t see each instance the way you do. But they don’t. At least, I don’t think they do. Friend told me I was a little more ‘verbally assertive’ the other night. I’d had a few too many drinks and had let down my usual filters. I asked him if that was a polite way of saying I was a bitch? He didn’t respond b/c I think he took it as a rhetorical question but now I worry that I won’t be invited over, that his wife will make things more difficult for me. Forget all the things I’ve ever done for them (watched their daughter when she was in the hospital, cleaned their house, made countless meals and desserts for them, etc.).  It all feels dependent on that one thing.
Like a perpetual first impression.
I’ve been best friends with Friend for almost a year, known him for years longer, and I can’t hold onto the belief that our relationship is stable. That it’s as strong or as close as it used to be. Even though aspects of it are changing, I can’t imagine that it doesn’t mean things will be less meaningful.  We were talking about ‘middle ground’ friends, having friendships with people that aren’t close confidants, but not held at arm’s length either. The whole time I was wondering if he still held me as a close confidant, wanting reassurance of this, and fearing that new middle ground friends would detract from our friendship.  I didn’t ask for this reassurance, this validation of the closeness of our friendship, mostly because I realize how incredibly annoying it is for people to constantly repeat this. Especially when he does randomly remind me that I’m his closest or dearest friend. I want it though.  More reassurance. Validation to calm inner voice for another few minutes. There’s no quiet slip into comfortable familiarity.
There are still times when I want more beyond our friendship, mostly because I see this as some kind of savior from my turbulence, but I wonder, would it really change anything? I have never had relationships where I didn’t second guess my thoughts and behaviors, didn’t obsess over the multitude of potential meanings from the words and actions of others (with one recent exception but I think I was already so tired of the emotional turmoil she put me through that I couldn’t care anymore).  Or if I didn’t constantly worry, I quickly became bored.
Can I have a comfortable familiarity without losing my interest? Without that hint of fear and anxiety gripping my heart and making me worry about losing someone, would I care as much at all if they left? Once that calm sets in, I no longer need to be there. I begin to look for other avenues of entertainment.
The fear makes me crave it. The comfort makes me tire of it. It’s impossible to just settle in.