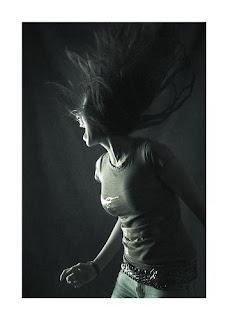 I hate these days. I’ve been angry, intensely angry, for the last couple days. Today it just kept compounding.
Usually running helps. Endorphins are a wonder. Which is why I started my Saturday morning at 7a.m. with them. That only lasted long enough for me to get so frustrated with lack of planning that I cancelled going into the city. Which was the only reason I didn’t let myself sleep in for one of the few days it’s even possible.
What’s the best way to perk yourself up when you wake up to a continued seething fury? If you said ‘Go Shopping’, you’d be dead wrong, but I did it anyways. I went from pissed of to murderously homicidal over the span of 4.5 hours. Holy fuck I hate the mall. Also, there are no shoes. Anywhere. Seriously, it’s like pre-Spring pops around and all real shoes disappear into a vortex of professional seasons past. I went into approximately 3000 shoe stores and found nothing. All shoes are sandals, open toed, or stiletto hooker shoes that won’t do me any good at this particular job. Though I’m sure they’d leave an impression. Probably in someone’s fucking forehead.
On the other hand I did get a couple new work shirts and the most expensive shirt and pair of under tanks I’ve ever bought, EVER, at J.Crew. And not that I’m complaining but how is ‘0’ a size?
Gotta say though, it doesn’t suck when you have enough money to not bother looking at price tags.
And if I needed another reminder for why I never want kids. People are slow moving, inconsiderate, rude and pay absolutely no attention to the children they  turn loose to scream like banshees as if the mall was their own personal demonic Chuck E. fucking Cheez.
It all Friends doing, or lack of doing. My therapist thinks I’m still grieving and I’ve just passed into the angry stage of the grieving process. Stage? I’ve never NOT been angry about this.  I’m not ready to say what I need to yet, but I will when the time is right. In the mean time it’s all I can do to not tell him to piss off and leave me the fuck alone for one fucking day. And then GF keeps harping on me. I tell her I’m pissed off and don’t want to see anyone and she tries to tell me she’s sick and afraid and wants to get sushi with me tomorrow. I’m off food until the Sci-Fi convention in two weeks = no sushi. BTW, I’m fucking RAGING and she wants sympathy?!? Genius.
I want to rage and scream, beat the shit out of something or have the angriest sex possible. I have nothing to focus on. Nowhere to direct this. Frustrated and furious.
I just hope it burns me out so I’m exhausted enough to sleep for a change. In the mean time, that’s what Xanax is for.  Try to contain it. Hope it will pass.

3 comments on “Rage of the Fallen”