Shocking news about Electroshock therapy. Then again, maybe it’s not so shocking afterall… Regardless, I’m rather fascinated so I thought I would share. Enjoy!
Hyperactive Nerve Cells May Contribute to Depression
Identification of cellular mechanism could lead to novel and effective treatments
Scientists at BNL, Cold Spring Harbor Laboratory, and the University of California, San Diego (USCD) School of Mediciine, have identified hyperactive cells in a tiny brain structure that may play an important role in depression. The study, conducted in rats and appearing in the February 24, 2011 issue of Nature, is helping to reveal a cellular mechanism for depressive disorders that could lead to new, effective treatments.
The research provides evidence that inhibition of this particular brain region – the lateral havenula – using implanted electrodes can reverse certain behaviors associated with depression, and also provides a mechanism to explain this effect. These findings lend support to the use of deep brain stimulation as a clinical treatment for people with long-standing, treatment-resistant depression.
This research was supported through Laboratory Directed Research and Development at BNL, and by the Simons Foundation, the Dana Foundation, the National Institute of Mental Health, and a Shiley-Marcos endowment at UCSD.
“This research identifies a new anatomical circuit in the brain that mediates depression, and shows how it interacts with the brain’s reward system to trigger a  constant disappointment signal – which certainly would be depressing,” said Fritz Henn, a neurobiologist and psychiatrist at BNL and Cold Spring Harbor laboratories and a co-investigator on the research. “But,” he added, “identifying this circuit and how it works may open new doors to reversing these effects.”
For example, said co-investigator Roberto Malinow, a professor of neurosciences at the USCD School of Medicine, “It’s possible that the genes specifically expressed in these neurons could be targeted genetically or pharmacologically in order to manipulate them and reduce depression.”
Scientists have known that cells in the lateral habenula are activated by negative or unpleasant events, including punishment and disappointment, such as when you don’t get an expected reward. It may seem intuitive that such negative stimuli can lead to depression, but not everyone who experiences disappointment collapses into a state of  helplessness. To explore this connection, the scientists took a closer look at the brain circuits.
Overall, the results showed that these lateral habenula nerve cells were hyperactive in the depressed animals but not in the control subjects. Furthermore, the degree of hyperactivity coincided with the degree of helplessness.
To explore whether electrical stimulation could potentially reverse this reward-dampening effect, the researchers placed a stimulating electrode in the lateral habenula and measured the effects on the brain cells leading to the reward center. They found that electrical stimulation of hyperactive habenula brain cells markedly decreased excitatory activity leading ot the reward center.
“The study provides a cellular mechanism that may explain the hyperactive of the lateral habenula nerve cells observed in depressed  humans and animal models of depression, as well as why ‘silenceing’ these circuits, whether surgically or pharmacologically, can reduce depression-like symptoms in animals,” Henn said. 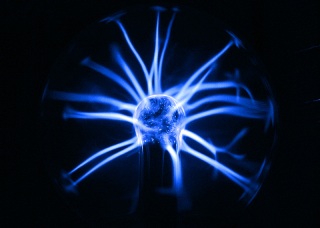