I actually started writing this with every intention of doing a Sunday post, but wouldn’t you know, I got distracted and ended up doing something entirely different. So here it is for Monday.  Since this is something that is constantly on my mind and has been the subject of my latest therapy session; let’s talk about Body Dysmorphic Disorder. I’ve talked about dysmorphia before but not about the extent of the disorder.
So what is it?
Body Dysmorphic Disorder (BDD) is a kind of mental illness or somatoform disorder where a person is exclusively concerned with their body image. It manifests as excessive concern and preoccupation with a perceived defect of one or many physical features; or even vaguegly complains about appearance in general to the point where it causes psychological distress that (and this is important) impairs either occupational or social functioning, or both.
I’m going to reiterate this because as something that I’ve noticed a lot with self-diagnosing … you can run through the checklist of criteria for any disorder and say ‘yes’, ‘yes’, ‘no’, ‘yes’, ‘yes’ to any number of qualifications and on the surface it may look like you’re a good candidate for the illness or disorder, BUT, and this is a big ‘but’, if the problems do not create a SIGNIFICANT problem of functionality in some form of your life for an EXTENDED period of time, you may not actually have the disorder or illness, just passing symptoms of it that may be something else entirely. Being generally self-consciousness does not mean you have Body Dysmorphic Disorder. Being a cutter with mood swings does not make you Borderline (Yeah, I’m looking at all the pre-teen emo attention whores out there).
For years, starting in middle school, high school, and college… I could not go out in public. I could not do anything in a crowd of people. I would lock myself away in my room, wear baggy clothes (fortunately skater goth was a look that worked with my sense of style), and refuse to see anyone because the thought of anyone looking at me, seeing the “flaws” that I perceived induced a paralyzing anxiety. And I do mean panic attack, hyperventilating, dissolving into a puddle of self loathing kind of social anxiety. I could make myself go to work and school, but I would bundle myself up in shapeless clothes, avoid any kind of social contact, and steal myself away as soon as it was done.
BDD can occur to a degree that causes severe emotional depression and anxiety, and even may lead to the development of other anxiety disorders, social withdrawal, or social isolation. It sucks.
I remember having plans for events that I’d been looking forward to for months. For weeks I’d be even more strict about my diet and exercise so I would feel in control enough of my body to go out and enjoy myself. I would get all dolled up and decked out. Then an  hour before I was suppose to leave I would freeze. Literally on the threshold of my house, incapable of moving another foot out of the door because the thought of going out in public where people could see me felt like the world would come crashing down around me. I’d cancel my plans at the last minute, disappoint my friends, disappoint myself, strip off all the pomp and fancy and hide in bed for the rest of the night.
Like many mental disorders it’s caused by a variety of different things and is different for each person; biological, psychological, and environmental factors can all contribute. Maybe you’re predisposed to this kind of mentality, have suffered mental or physical abuse, or emotional neglect can be the cause. As you’d probably suspect, dysmorphic symptoms usually begin in adolescence or early adulthood when it’s common for self-criticism of a persons appearance to begin. From here it goes further than just criticism to an atypical aesthetic standard created from some internal perception of beauty or perfection between the persons ‘actual self’ and the ‘idea self’. What a person actually sees versus what you want to see.
However, what a person actually sees may be entirely different from what actually is.
According to the DSM patients are so overly concerned, or convinced, that they are misshapen or deformed in some way, despite all evidence to the contrary. Patients are generally concerned about some aspect of their appearance or with the possibility that they have some deformity. The specific “deformity” depends completely on the person. Maybe their facial or scalp hair is not right, maybe their nose is too big, their breasts are uneven, or their eyes are too far apart. Seeking help is actually common, but not by a psychiatrist. Because the person is so convinced that this is a legitimate problem they’ll go to their primary physician, dermatologist or even eventually to a cosmetic plastic surgeon. After being examined the physician usually finds no abnormality at all, or if one is present, it’s so trivial that no one would ever notice it. Reassurance does nothing though. 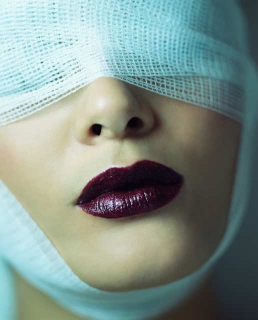 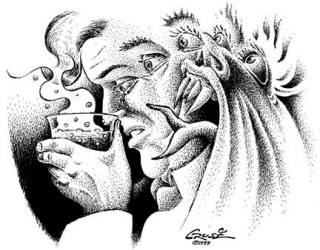 Now I certainly recognize a lot of these symptoms in myself but I don’t know if I attribute them all to BDD. Some of clearly a byproduct of my Borderline Personality Disorder or aspects of other problems I have. Where’s the line though? Often these things overlap and collide like a maelstrom of emotional turmoil.
Surprisingly in my research I found that this actually affects men and women equally. It sounds like it would be another ‘female problem’, but apparently not. As many as 1-2% of the world’s population might even meet the diagnostic criteria for a diagnosis of BDD.
My final thought: Not just in physical appearance but in every aspect, I’m obsessed with how people perceive me. Not because I have some need to be complimented or anything like that. But I need to know how others see me, what they think, so I can gauge how different it is from how I think of myself.

10 comments on “Mirror, Mirror on the Wall – Body Dysmorphic Disorder”