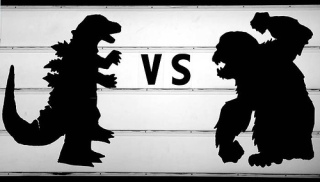 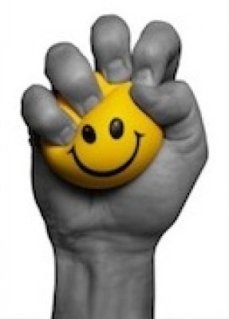 As I mentioned yesterday there are three basic responses to any kind of threat; Fight, Flight, or Freeze. Or in this case: Overcompensation, Avoidance, Surrender. But what do we consider a threat? In this context a threat is any emotional frustration that triggers a schema response; the frustration of one of those core emotional needs or the fear of the intense emotions that a situation inspires. The coping mechanisms that arise from this may have once been appropriate, say in childhood, but later on in life they become maladaptive when they perpetuate the schema even when circumstances have changed and there are better, healthier ways of dealing with a situation.
So what happens when you deal with a schema in these ways?
Schema Surrender – When someone surrenders to a schema, they yield to it. They don’t try to fight or avoid it and accept the schema as true so that they feel the emotional pain directly. They act in ways that confirm the schema. “When they encounter schema triggers, their emotional responses are disproportionate, and they experience their emotions fully and consciously. Behaviorally, they choose partners who are most likely to treat them as the “offending parent” did.”
Schema Avoidance – This happens when a person tries to arrange their lives so that the schema is never activated.  They attempt to live without awareness, as though the schema does not exist. They avoid thinking about the schema. They block thoughts and images that are likely to trigger it: When such thoughts or images loom, they distract themselves or put them out of their minds. They avoid feeling the schema. When feelings do surface they push them down on instinct, maybe by drinking excessively, doing drugs, having promiscuous sex, overeating, compulsively cleaning or in some other fully immersive way. People that engage this kind of coping mechanism often appear completely normal because they avoid anything and everything that will put them out of their comfort zone.
Schema Overcompensation – To overcompensate for a schema, it is fought against by thinking, feeling, behaving and relating as though the opposite of the schema were true.  A person may try to be as different as possible from who they were when the schema was acquired. For example, if they felt worthless as children, then as adults they try to be perfect OR if they were subjugated as children, then as adults they defy everyone OR if they were controlled as children, as adults they control others or reject all forms of influence ( < —– this is often me, I reject all forms of influence even if I ask for it). Faced with a situation that triggers a schema someone who overcompensates with counterattack.
Overcompensation isn’t entirely unhealthy. It sort of starts off on the right track to fight back against the schema but it overshoots the mark so instead of being able to heal the problem is perpetuated from a different angle. Overcompensation develops because it offers an alternative to the pain of the schema. It is a means of escape from the sense of helplessness and vulnerability that a person felt growing up.
So what determines which coping style you develop? Most likely it’s your inborn temperament. Temperament probably plays a bigger role in determining coping styles than determining schemas which are more often a result of the environment. For example, someone with a naturally passive temperament is likely to surrender to their schemas while someone with a more aggressive temperament is likely to overcompensate. But like most things, it’s rarely so simple. Especially for someone with a Borderline Personality Disorder who may run the gamut on a huge array of these schema types. I absolutely cope with different schemas in different ways. Hell, sometimes I cope with the same schema in different ways.  For example, I had a very strict and over structured childhood so with Subjugation I overcompensate by rebelling against authority or any norm in general. But in Defectiveness/Shame I engage all three coping styles by putting myself down, avoiding expressing my true thoughts and feelings and letting others get close, and/or criticize and reject other people while hiding my own flaws, depending on the situation.
Tomorrow or Monday I’ll give examples of each coping style as it corresponds to each of the maladaptive schema types. Side by side it’s easier to get an idea of how these correlate.