Snowflake,  you’re not the only one.

We are not all alike. We are not the same. Just like everyone else.

When someone is initially introduced to Borderline Personality Disorder it’s easy to think that all Borderlines are the same, especially with such common stigmas surrounding the disorder. Anger, hostility, self-harm, empty, low self-esteem, lunar laser based world destructo-beam contruction, etc… they’re all thought to be commonly shared.  According to the DSM-IV and the checklist that clinicians will use to diagnose you with, it’s very easy to assume that there are a limited number of combinations and therefore a limited number of ways to view BPD. Thus resulting in a general conclusion that all BPD sufferers are the same type of people. What you don’t hear about are the differences. Every person is different and therefore has a different combination of symptoms. Even if you inevitably have the same sets of symptom as someone else (there’s only a limited set of 9 criteria listed in the DSM); how they present in you, affects you, consumes you, are probably very different from the next person. Except for the lunar laser based world destructo-bream construction part. I mean, who doesn’t want that?

Getting back on track.
“High–functioning borderlines act perfectly normal most of the time. Successful, outgoing, and well-liked, they may show their other side only to people they know very well. Although these BP’s may feel the same way inside as their less-functional counterparts, they have covered it up very well-so well, in fact, that they may be strangers unto themselves. Non-BP’s involved with this type of BP need to have their perceptions and feelings confirmed. Friends and family members who don’t know the BP as well may not believe stories of rage and verbal abuse. Many non-BP’s told us that even their therapists refused to believe them when they described the BP’s out-of-control behavior. 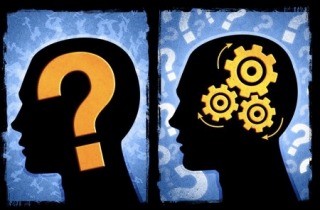 This description of High Functioning BPD is spot on for me. Even down to the comment about the therapist refusing to believe me when I told her about the out of control behavior of my youth. The violence and uncontrollable wrath. (Which I discuss here).
One of the biggest differences between high functioning and low functioning BPDs is the ability to recognize how much of a problem this disorder is and not allow it to overrun their lives completely. To recognize how adversely it will affect their professional and social lives if they let anyone see it. To make a conscious decision to present a different image. I see clearly how easily it can consume my life and destroy my relationships. I can foresee the results of letting go of  my control. Foresee how other people will react to how I feel and impulsively want to react; alienation and abandonment from the people I need to have around me. In understanding how this impulsive behavior can affect me, I can avoid some of these behaviors.
I’ve always refused to be controlled. By anyone, or even by my Self; me darker urges. Always fighting against letting this overrun my life. I won’t tell you this is easy. It’s a constant struggle, one that I am not able to overcome some days. Often it feels like a losing battle. But this war isn’t over and I’m doing all that I can to gain an advantage over this enemy within. I analyze myself, my behavior, how I interact with others, how I present myself. I push myself to get out of bed and live my life out loud.
When I meet new people it sometimes feels like I’m living a split personality. The witty, sociable, successful woman that knows everyone and laughs a lot. It’s not until I reluctantly let someone closer to me, that my façade begins to break down. Little by little letting them see who I really am. I guess part of me still is that sociable hostess that smiles and masquerades. It’s not a complete picture though. I hide the darker aspects of myself as long as I can. To the casual observer, I do this very well. To those rare few that are willing to break through my mask, they see how much I’m crumbling inside. Maybe not the full extent, because part of me still refuses to show such weakness to anyone, but when I am in closer contact with people that seem to care about me, it is impossible to continue to hide who I can be.
Low functioning BPDs tend to externalize their problems; unable to maintain a regard for those around them, consumed by their own emotional catastrophes, they lash out at each instance of instability; lost in the moment. While high functioning BPDs may feel the exact same emotional crisis, they tend to internalize more. Instead of lashing out in the moment, they control the impulse and wait until they are alone and take it out on themselves. Only affecting those absolutely closest to them. To the person suffering, and to those around and caring for the person suffering, one is not better than the other. Not emotionally, not mentally. For me, while I may not be able to stop the emotional melt down, I can usually recognize that, despite how it feels, my world is not actually ending. Having at least one solid relationship, one stable support makes an incredible difference as well. Knowing that there is someone I can turn to, that is willing to help me, see that there will be a tomorrow can make all the difference. Tomorrow I will pick myself up, and do what I need to do. The same as the day before, and the day before that. There is a small comfort in knowing the sun does continue to rise, and tomorrow is one more chance to keep going. Sometimes we just need a reminder.
High functioning BPs often consume their daily lives with a self imposed structure; scheduling away every hour, every minute. Proactively attempting to avoid emotional disaster. This provides an external stability that makes the internal instability a little easier to bear. While things are so frantic inside, there is a calm in knowing there is order in the world. I have done this ever since I was little. Every hour scheduled away with activities, sports, studying. At University when I was so often alone, at some of the loneliest points I’ve ever been in, I kept a ridiculous course load, maximizing the number of credits I could take, developing rigorous study schedules that consumed my day allowing little time to be left to my own thoughts. This didn’t always work. It didn’t actually fix the fact that the sadness and depression was still there, waiting to surface when I could no longer keep up my guard. But in pushing myself, providing myself with a goal, I had something to reach for. Something to motivate me to keep going.
Maybe that’s another attribute of the high functioning BP; the ability to look to the future. Having something to look forward to, to reach for and achieve… It’s hard not to feel a little proud, a little relieved in knowing that such things can still be accomplished, despite it all.